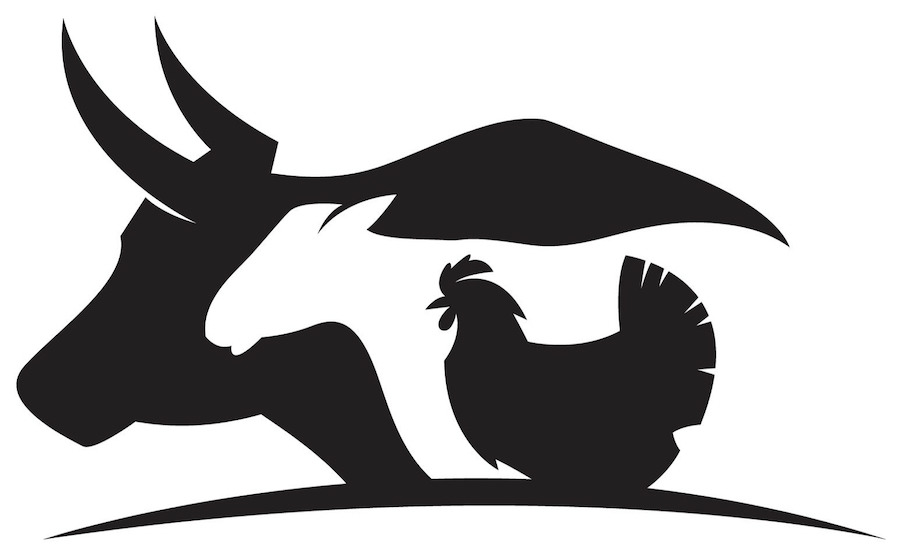 Egypt’s poultry farmers are unable to retrieve sufficient stocks of soybean and yellow corn to use as feed and ands many as 400,000 chicks are being culled daily. Over 200,000 tons of raw materials are required by the local feed industry per week, worth around $75 million, in order for prices to begin inching back to normal, said the other union source speaking on condition of anonymity. Only $40 million worth of releases were agreed upon by the government, the central bank and the union… continue reading.

Nigeria’s Vanguard Pharmacy Limited has initiated a eight year plan with the government call: ‘Gaining An Edge In Poultry Business”, which will promote investment and training into the local poultry industry to promote employment and food security.

The Association of Meat Importers and Exporters of South Africa (AMIE) is calling for a comprehensive review of import tariffs on poultry, following the release of the South African Reserve Bank’s (SARB’s) latest Monetary Policy Review (MPR) report, which indicated that duties applied on imported poultry drive up the cost of chicken and hurt consumers.

The Russian poultry industry has had to find alternative sources of feed additives, hatching eggs, equipment, packaging and labels as supplies from Western countries have been stopped or interrupted. 500 Western companies had publicly announced their decision to exit the country. 70% of Russia’s banking system was put under restrictions and major global shipping lines canceled bookings… continue reading.

The US Department of Agriculture (USDA) Food Safety and Inspection Service (FSIS) released a proposed regulatory framework for controlling Salmonella contamination in poultry products. The proposal lays out a three-part approach focused on Salmonella control throughout the raw poultry production process and, if adopted, would reflect a significant change in how the agency regulates Salmonella in raw poultry.

So far this season, a total of 190 HPAI outbreaks have been registered in 13 EU states. More than 47 million birds have died due to infections and cullings in the US.

Brazil is currently oversupplied after record months of meat shipments and domestic sales in May, June, July and August. Prices for chicken breasts and legs have already gone down 50% since the start of the year, after average chicken prices were up 20% on average the first half the year. Hobwe, poultry exports from Brazil is 13.6% higher than the $730.5 million for the same period in 2021.

Don’t forget your cast your vote – Do you think South Africa should follow the international trend and reduce poultry import duties to curb inflation? Vote now.

President Ramaphosa announced that South Africa will begin exporting beef alongside other red meat products to Saudi Arabia, as early as next year… continue reading.

Botswana has resumed beef exports to the European Union two months after suspending sales because of an outbreak of foot and mouth disease.

US beef exports in August 2022 were 1% higher year on year for the 7th time this year, topping $1 billion in value.

The EU Milk Board has called for energy price caps and subsidies for the milk producers due to the rising energy, feed and fertiliser costs crippling an industry on the verge of collapse.

The USDA recently announced that milk consumption in the U.S. rose to record levels, with an average consumption of 667 lbs of milk equivalents per year as fluid milk, cheese, butter, yogurt, ice cream and other dairy products.

Dairy production in the Philippines is expected to increase by 3 percent to 26,800 metric tons (MT) this year. Despite the expected growth in local production, the USDA said the Philippines cannot meet requirements which reached 3 million MT last year. The Philippines supplies only one percent of its total dairy requirement. The United States and New Zealand are the top two suppliers, the US being the leader.

A 7% drop in Global Dairy Trade prices put pressure on US markets.

US pork exports in August continued to break records, fuelled by strengthening demand for pork variety meat, pork exports to Mexico, China/Hong Kong, up 14% from a year ago on average, while export value climbed 31% to $137.8 million. However, with China rebuilding its domestic hog population following an outbreak of African swine fever in 2018, opportunities for U.S. pork exports to China have become more limited recently, with Mexico picking up most of the volume.

China plans to release its 6th batch of strategic pork reserves again as the countries struggles to curb pork prices and inflation. China’s import demand is expected to rebound in the last quarter of this year.

The number of pig farmers in Poland is declining at an alarming rate. 43,000 Polish pig farms have been liquidated this year. All EU states have declining pork production, except Spain… continue reading.

Olymel is cutting 57 management positions in the latest round of job cuts, totalling 120 cuts this year.

Antique, Philippines banned pork “imports” for 15 days an ASF case was found in the Oton, Iloilo, province about 100 kilometers away.

Rising interest rates, higher animal feed, energy and fuel prices continue to have a negative impact on the cost of pork production and supply. However, The recent GAIN reported that global pork production is forecasted to rise 1% in 2023 to 111.0 million tons as production in China ramps up.

Brazil pork production in the Q2 was the highest in 25 years, with prices down -6% this year in comparison to 20% increase in poultry prices earlier in the year and 7% for beef.

Alaska’s snow crab season is canceled for the first time due to population plummeting 87%.

Rabobank expects the global seafood trade rebound to continue through 2022 and 2023 sich the effect if covid restrictions and lockdowns.

A survey to 750,000 Veggly users worldwide measured Vegans attitude towards culture meat. 24% of self-identified vegans said they would try lab-grown meat, but still considered themselves plant-based. This is because it is classified as a “cruelty-free” product. The poll found that 29% of his participants didn’t support the idea of ​​cultured meat at all. Also, they would never eat it as part of a vegan diet. The group revealed that 22% were happy to eat it. Overall, 50% have overall approval of their idea. Read report findings.

Burger King plans to open another plant-based branch in Bristol, UK and will be giving away 100 vegan burgers to celebrate the launch.

Beyond Meat cut its annual revenue forecast for the second time due to slowing demand for faux meat as consumers look for cheaper options to beat rising prices. The producer plans to cut 200 jobs this year.

Retail meat packaging has moved far away from foam in recent years which is a huge sustainability win for the meat industry. Instead of foam, popular packaging types tend to be vacuum, PVC wrap and poultry film. More retailers are also moving towards trayless packaging, now representing 47% of meat products available.

An automated weight collection and prediction tool for poultry was successfully tested in conjunction with pan-Asia industrial agricultural and processed food company, Japfa. The poultry weight monitoring technology integrates machine learning and algorithms to help track and analyze feed conversion and efficiency, resulting in up to a 7% decrease in production costs. The technology was a finalist in the Nutreco 2022 Feed & Food Tech Challenge.

Less than 100 container ships stuck waiting off North American ports on Friday, which 35% down since June. However, there are still 99 container ships offshore and a long way to go get back to pre-covid single digits normality.

Globally, spot rates have fallen to the lowest rates since 2021 and continue to fall even during the traditional peak season.

Do you want to an easy and affordable way to advertise to over 112 000 decision makers and influencers in the meat business?

Reply now for a call back.