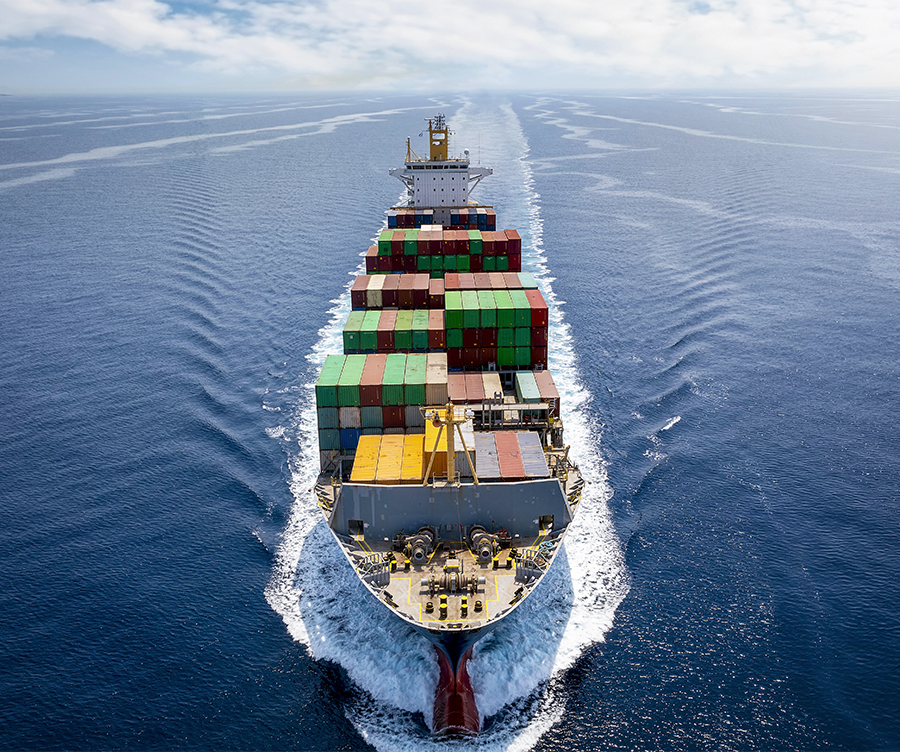 Speaking at TOC Asia Alan Murphy, CEO and Founder of Sea-Intelligence noted that container spot rates had been driven to stratospheric levels by a combination of a sharp rise in consumer demand and some 15% of global capacity being lost due to congestion at ports and in the supply chain.

Consumer spending on durable goods has dropped and this is being translated into more container volumes, which saw a quite serious contraction in September.

Capacity loss, which normally stands at around 2%, is now down to around 8% with Drewry’s World Container Index (WCI) down 77% from its height.

For contract rates the decline is slower but looking data from Xeneta contracts are being re-negotiated at lower rates.

Looking ahead, lines are facing an influx of some 2.4m teu in new capacity in the next few years, the largest amount in nominal terms ever and well above previous highs of around 1.5m teu.

One key difference to the past is carriers now have huge amounts of cash and it was noted lines had earned the same amount in the first six months of 2022 as they did in 10 years prior to the pandemic.

The result could be a prolonged rate war which is dragged out by carriers with more money to fight.

Shippers looking forward to prolonged low rates were warned of a possibility of a repeat of 2009 – 2010 down the line where once large amounts of tonnage is in lay-up only a relatively small spike in demand could tip the market in carriers’ favour.

China USA freight rates down 90%! Is there more to come?