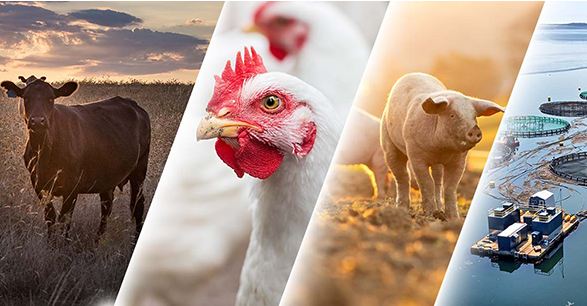 A typical free-range egg farm is expected to lose more than £300,000 ($347,499) per flock as industry leaders across the industry call for unity, according to new independent data. The cost of feed, electricity, labor and other essential materials remains at record levels, costing farmers about 10 pounds per hen, according to ADAS advisers.

Seattle Attorney General Bob Ferguson said on Monday that Tyson has committed $10.5 million to settle a class action lawsuit alleging that the company was raising the price of poultry products in Washington State, among another 18 producers.

Saudi Arabian Halal Product Development Company (HPDC) and poultry exporter BRF have announced the signing of a Joint Venture Agreement (JVA). It will help achieve the domestic target of 80 percent self-sufficiency in poultry by 2025.

Egyptian farmer continue culling chicks amid shortages of feed imports as rising costs exacerbate a historic food crisis. About 1.5 million tonnes of corn and 500,000 tonnes of soybeans, (the main ingredient in chicken feed), are stuck in ports, awaiting a government-mandated letter of credit from the importer so that they can be released.

Insect protein (which has also approved in the EU) feasibility is not in doubt, and initial results from feeding trials with monogastric animals are available. Food safety issues still need to be clarified, especially with regard to possible hygiene risks.

Bird flu crushes the French poultry industry (2nd largest consumer in the EU) and falls from the 2nd largest producer to 4th in the EU. Continued rising energy and feed costs continue to compromise the industry.

Annual poultry loss in the US to near record due to avian influenza. In 2022 the US is to break the 2015 record of losing 50 million birds to highly pathogenic avian flu epidemic has become almost certain. In the past two days, seven states reported new bird flu outbreaks, and a total of 47.7 million birds have died from the H1N1 virus since February alone.

FSIS announces “Proposed Framework to Reduce Salmonella Illness from Poultry”. The three components to the proposed plan are: Requiring that incoming flocks be tested for Salmonella before entering an establishment; Enhancing establishment process control monitoring and FSIS verification; and Implementing an enforceable final product standard.

FSIS sampling data which indicates that Salmonella contamination in poultry products has decreased (by 50% from 2017 to 2021).

Scientists from the Food and Agriculture Organization (FAO) and World Health Organization (WHO) Microbiological Risk Assessment (MRA) said there was no strong evidence that substances with antimicrobial activity such as additives in feed and water resulted in effective control of Salmonella in broilers. There was also limited information on the effectiveness of bacteriophage-based methods too. Read the report here.

USDA Cattle Feed Report livestock figures was 11,449,000 as of October 1, down 0.9% from the previous year. This is the year-on-year decrease in monthly on-feed inventory since December 2021. Cattlemen’s cash prices rally $3 per cwt.

Australian market speculators see export opportunities starting in March-April next year, been cited as a key trigger point for the disappearance of the huge current US beef surplus and demand for imports.

A $1 MILLION grants program has been launched for pastoral beef producers in northern Western Australia to assist with adopting new technology and innovation.

China’s third-quarter pork output reached 12.11 million metric tons, up by less than 1% year-on-year. China’s pork output reached 41.5 million metric tons in the first nine months of the year, up 5.9% from the corresponding period a year ago. Since the middle of June, hog prices have rallied more than 60%, pushing up consumer inflation, and prompting repeated market intervention by authorities.

Philippines pork inventory as of October 17 remained elevated at 101,396.57 metric tons due to higher imported stocks. On a monthly basis, the latest frozen pork inventory was 18.44 percent higher than the 85,606.6 MT recorded volume last September 19.

USDA recently added two chemicals to the list of approved disinfectants for use against animal disease because of Pork Checkoff-funded research:

USDA forecasts for world pork production and trade in 2023 Global pork production will increase in 2023, while exports will decline, according to the USDA. Read the report now.

University of Northern British Columbia (UNBC) to deliver new ways to package and ship seafood away from plastic. Seven other research and development projects that are creating game-changing innovations were given a total $2,325,000 through Innovate BC’s Ignite program, which aims to accelerate the commercialization of biotech, cleantech, mining, agriculture, and forestry projects.

Iceland Seafood International has warned that full-year pre-tax profit is set to fall below expectations.

Norwegian government was open to adjusting the proposed tax was positively received by the market after seafood company shared plunged when first announced.

While plant-based seafood products in the US account for only 0.1% of seafood sales – less than the 1.4% of the US meat market is occupied by plant-based meat alternatives – venture capitalists are getting serious about cell-based seafood. Read all about it here.

Australia’s growing agri-food tech sector has been hit hard by the international economy this week after a report was released this week revealing that investors have invested more than $500 million in Australian start-ups in the past year, with good prospects for 2023. Investing in Asia Pacific Venture capital firm AgFunder, in partnership with AgriFutures and evokeAG, published a 2022 report in Singapore, which found 55 deals involving Australian start-ups to total A$565.5 million in 2021.

The Federal Maritime Commission is keeping busy with an increasing intro of complaints from shippers. “The softened market – and space situation – may well cause a flurry of suits and FMC complaints to be filed,” commented Bjorn Vang Jensen, a vice president at liner consultancy Sea-Intelligence, in a post on LinkedIn last month.

Spot freight rates for containers between China and Los Angeles have fallen to pre-pandemic peak season levels, but the rate of decline is believed to be slowing… continue reading.

One of the best performing Forex robots

Get 67% off in this flash sale

Do you want to generate sales leads fast? Advertise to 112 000 decision makers and influencers in the meat business worldwide today with us.

Reply now for a call back.