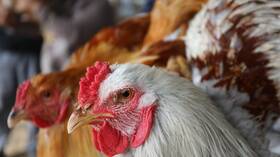 Malaysia will halt exports of 3,6 million chickens a month from June 1, and investigate allegations of cartel pricing, Prime Minister Ismail Sabri Yaakob said on Monday. The move is likely to hit hard in Singapore, which sources a third of its supply from Malaysia, as well as in Thailand, Brunei, Japan and Hong Kong.

Malaysia’s government met with the country’s biggest poultry producers to discuss subsidies and ensure continuity of local supply as the nation moved to ban exports of chicken in the latest food protectionist move in the region.

The ban is the latest in a series of government measures aimed at easing domestic prices as nations around the world battle rising food costs, partly driven by the war in Ukraine crimping food supplies. Indonesia recently temporarily banned palm oil exports, India restricted wheat exports, and Serbia and Kazakhstan have imposed quotas on grain shipments.

The Singapore Food Agency said the restriction may result in temporary disruptions to the supply of chilled chicken in the city-state, and urged consumers to be open to switching to frozen chicken or other meat products. About 34% of Singapore’s chicken imports were from Malaysia last year, it said, with almost all imported as live chickens and slaughtered and chilled in the city-state.

“If the disruption to chicken supply is temporary, then it may be manageable,” said Selena Ling, head of Treasury Research & Strategy at OCBC Bank in Singapore. “But if it’s persistent and more worryingly, reflective of more protectionist measures by other countries over food security and inflation concerns, then this could be a lose-lose scenario for everyone.”

The Malaysia Competition Commission is investigating reports that there are cartels that control the price and output of chicken among large companies, Ismail said, promising stern action against any firms found sabotaging supply.

“If it’s true these cartels exist, we will take legal action against them,” he said. State news agency Bernama reported that there was a shortage of poultry locally as cartels had planned to stop farm operations over the weekend.

Last week Ismail abolished the approved permit rules for imports of some food items including chicken, cabbage and evaporated milk to secure adequate food supplies in the country. Malaysia imports about 60% of its food needs, and has been impacted by higher import prices as well as the weakening ringgit.

Malaysia’s food inflation is set to continue in the coming months amid elevated global commodity prices, domestic supply chain disruptions and depreciation of the local currency, researchers at MIDF Amanah Investment Bank wrote in a note Monday. The country is highly exposed to global shocks in the food supply chain given its status as a a net food importer, it said.

Farmers are already struggling with reduced weight gain among their chickens on account of the quality of their feed, as well as diseases and extremely hot weather, according to the Agriculture and Food Industries Ministry. “This has affected the supply of chicken in certain areas,” it said in a statement on Sunday.

In 2020, Malaysia exported poultry meat worth $18.9 million, making it the 49th largest exporter of the product in the world.