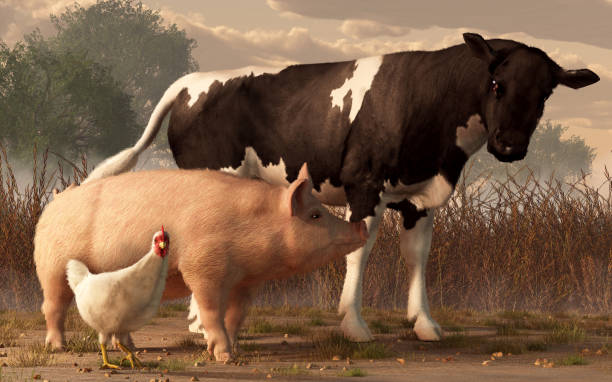 Silver Gold Bull is your trusted silver and gold bullion dealer delivering directly to your doorstep.

The FAO Cereal Price Index averaged 152.3 points in October, up 4.4 points (3.0%) from September and 15.2 points (11.1%) above its value a year ago. International reference prices of all the major cereals were up month-on-month. World wheat prices rose by 3.2%, mostly reflecting continued uncertainties related to the Black Sea Grain Initiative. Tighter supplies in the United States of America, following a downward production revision, also contributed to a firmer tone in markets. International prices of coarse grains increased by 3.5% month-on-month, led by a 4.3% rise in world maize prices.

Ukraine has so far exported about 14.3 million tonnes of grain in the 2022/23 season, down 30.7% from the 20.6 million tonnes exported at the same stage last season. Since Russia invaded Ukraine in February and closed Black Sea ports, raising global food prices and raising fears of shortages in Africa and the Middle East. Three ports on the Black Sea opened in late July under a Moscow-Kyiv deal brokered by the United Nations and Turkey. UN, Russia to discuss Ukraine grain deal tomorrow.

Rising feed and energy costs and regulatory hurdles, especially in Europe, pose challenges for growers. Feed costs have reached record levels after poor harvests in the US, Europe and parts of Asia. Grain and oilseed inventories and logistics near record lows threaten feed availability and costs through 2023. Labor and energy costs complicate these challenges for producers. China’s 2022/23 soybean production is forecast to reach a near-record 19 million metric tons on higher yields.

U.S. crop sizes may bounce back next year, with USDA showing 2023 corn acreage at 92 million acres with a yield of 181.5 bushels/acre and soybean acreage at 87 million acres at 52 bushels /acre. The outlook for 2022/23 U.S. wheat this month is for stable supplies, increased domestic use, unchanged exports, and slightly lower ending stocks. The global wheat outlook for 2022/23 is for increased supplies, consumption, trade, and ending stocks.

Measures to keep all poultry and captive birds indoors came into force in the UK (Monday 7th November) to prevent the spread of bird flu. This follows news that the UK is facing the largest bird flu outbreak since last October, with more than 200 confirmed cases on more than 90 farms. France has put the country on “high” alert for bird flu, forcing poultry farms to keep birds indoors to contain the spread of the highly contagious disease

More bird flu in the US & Mexico The USDA reported HPAI was confirmed in a flock of 8,500 commercial turkeys in Stearns County on November 1. This is his 12th occurrence of HPAI in commercial turkeys in the county this year. In addition to 77 cases from commercial flocks, 28 backyard poultry flocks in Minnesota have been infected with his HPAI.

A severe shortage of dollars forced Egypt to cut imports, leading to feed shortages and causing Egyptian poultry farmers to cull chicks. This exacerbated the ongoing food crisis, pushing up prices for chicken and eggs. Some poultry feed imports have finally been released. Egypt needs 500,000 tons of imported corn and 250,000 tons of soybeans every month to meet the demand for chickens in this country. To import that amount, the union would need $340 million each month. The poultry industry employs about 10% of Egypt’s workers.

The average price of feed ingredients has risen more than 168% in the last three years. Nigeria’s poultry meat consumption in 2021 was estimated to exceed 200,000 tonnes, which increased by 4.5% compared to 2019. Demand for poultry meat in Nigeria is a major source of protein for more than 200 million people, leading to increased demand for feed from domestic poultry producers. Unfortunately, high feed prices in Nigeria have left producers cash strapped in poultry production, with most complaining that profits are not enough to sustain their business.

The USDA announces $223 million in grant, loans for US meat, poultry processing.

Ukraine has lost 20% of its egg industry production capacity since the start of the war, while remaining farms are suffering from skyrocketing electricity and natural gas prices. Rolling blackout are forcing poultry and egg producers to use refrigerated trucks and generator to keep the lights on.

Brazilian food processor BRF SA on Wednesday posted a net loss that narrowed in the third quarter while still missing analysts’ hopes of a small profit, dragged by higher costs of debt amid surging interest rates.

Feed was more expensive in 2022 as drought conditions and inflation pushed prices higher, resulting in over $700 per cow unit in the US. Feed is roughly 60-70% of the cost of. Labour and equipment costs have also increased and make 15 to 30% of the total annual cow costs. Breeding, veterinary, marketing, interest and other costs often add up to 5 to 15%, all of which have drastically increasedin price this year.

While US beef exports are up 4.6% this year, last month it dropped 5.7% month and month, declining the second month in a row.

Farmers across New Zealand took to the streets in tractors on Thursday to protest government plans to tax cow burps and other greenhouse gas emissions. Lobby group Groundswell New Zealand helped organize more than 50 protests in towns and cities across the country.

The FAO Meat Price Index averaged 118.4 points in October, down 1.6 points (1.4%) from September, marking the fourth consecutive monthly decline, with world prices of all meat types registering drops. However, the index remained 6.4 points (5.8%) above its value a year ago.

Brazilian pork exports reached 98.6 thousand tons in October, which was is 0.5% lower than that recorded in the same month last year. U.S. pork exports topped year-ago totals for the second consecutive month in September.

339 employees at Leroy Seafood Group’s four processing plants were given layoff notices on Wednesday, due to Norway’s proposed income tax. SalMar reiterates plan to halt all Norwegian investment. Mowi, the world’s largest salmon farmer by volume, has decided to close a factory in northern Norway. Drop in sales to EU, UK sees Norway fresh salmon exports fall 5% compared to the week before and by 4% year-on-year.

Japan surimi imports in September 2022 was 19,413 tons, an increase of 36.7% from the same month last year. Imports from the United States amounted to 11,209 tons, up 32.6% year-on-year and increasing for three consecutive months. Imports from Russia are also noticeable in September.

Shrimp landings in the Gulf of Mexico through the first seven months of 2022 are the best they’ve been in nearly a decade.

More than half (52%) of global consumers now consider themselves flexitarians, incorporating both animal-based and plant-based or other alternative proteins into their diet. Globally, 49% of consumers claim to have changed their diet in the last two years to lead a more environmentally friendly lifestyle.

Beyond Meat on Wednesday posted a bigger-than-expected quarterly loss. It’s share price fell 1% on the news. The company had also cut 200 more jobs to save about $39 million.

Ship operating cost inflation has accelerated in 2022 amid mounting pressure. Average daily operating costs are estimated to have increased by 2.2% in 2022, rising for the fifth consecutive year. This is much smaller than last year’s 1.3% increase and costs before the pandemic. Most of the increase in operating costs in 2022 came from lubricant costs, which rose 15% due to limited refinery supply and higher oil prices. Marine insurance premiums also increased by an average of 8%.

US container imports were down 13% year-on-year but still 7.2% above pre-pandemic levels in 2019. Following the fall in October, September saw a sharp drop of 11% year-on-year. A slowing economy, cutbacks in retail purchases, inflation and rising fuel costs have finally started to catch up with import throughput in U.S. ports. Container imports to the US fell for the first time in August after a record monthly streak that began in August 2020, down 1.8% year-on-year.

China’s imports and exports fell for the first time in over two years, due to global recession, overseas consumers are buying less, and domestic issues such as Covid-zero controls and housing stagnation have hit domestic demand. October exports fell 0.3% year-on-year in dollar terms, well below the economist’s forecast of a 4.5% increase.

Maersk reported record third-quarter profit on Wednesday on strong sea freight rates, but pointed to slowing demand. The Danish giant outperformed analyst consensus forecasts of $9.8 billion for $10.9 billion earnings before taxes, depreciation and amortization (EBITDA). The company confirmed its full-year guidance of over $37 billion in adjusted EBITDA and $24 billion in free cash flow. Moller-Maersk will add a new 100,000 m² warehouse in Calamba, Laguna in the Philippines. The groundbreaking ceremony was held on 9 November and the new facility is expected to be completed by the end of 2023.

Hapag-Lloyd achieves $14.7 billion profit from January to September. However, at the end of the third quarter, there was weaker demand for containers.

Global air cargo industry as volumes declined -8% year over year in October and provided no current signals to indicate an upturn in 2023, as demand fell for the eighth consecutive month, according to new weekly market data from industry analysts CLIVE Data Services, part of Xeneta.

Thank you to our sponsor

Silver Gold Bull is your trusted silver and gold bullion dealer delivering directly to your doorstep.