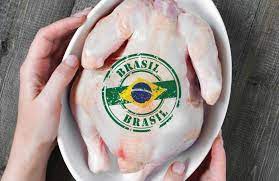 According to the Brazilian Animal Protein Association (ABPA), poultry exports from Brazil (which takes into account all products from fresh to processed) generated $830.1 million in sales in September. The figure is 13.6% higher than the $730.5 million for the same period in 2021.
Shipments in September reached 400,000 tons, down 4.4% from 418,500 tons in September last year.

“Since March, the sector has maintained an average monthly export of over 400,000 tonnes. Continued international demand for Brazilian products is also reflected in average monthly prices that are 19.5% higher than in 2021. ABPA President Ricardo Santin said. The annual export volume was 3.666 million tons, 5.8% higher than the 3.466 million tons from January to September 2021.

“Brazil sales were relatively high compared to his January-September 2021 period, due to higher international prices this year. FX for sales of virtually all major importers results are increasing exponentially. It also saw significant volume increases in 10 of its 15 major markets, reinforcing Brazil’s position as the world’s largest exporter and providing an important pillar during a time of global food safety concerns.