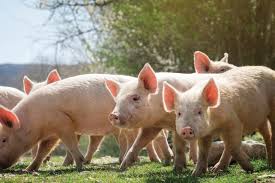 The global pork meat market is driven by several factors such as the low cost of pork compared to other meat sources, an expanding middle-class population, and rising disposable income levels. These factors are leading to an increase in the demand for pork meat.

However, the growing adoption of veganism and strict laws against animal cruelty are major constraints on the pork meat market. The market is also influenced by trends such as the growing popularity of frozen pork meat, the increasing use of online channels for purchasing pork, and the demand for organic and clean-label pork products.

Additionally, consumers are increasingly demanding ready-to-eat and ready-to-cook pork meat products with better taste and quality, which is leading to an increase in demand for nitrite-free processed meat products. Household consumption of pork is also rising as it is a staple food and a rich source of proteins and vitamins. The global pork market was valued at US$ 254.53 Billion in 2022.

The global pork industry is expected to experience significant growth, with a projected compound annual growth rate (CAGR) of around 8.64% from 2022 to 2028. The pig farming industry is thriving in regions with ample access to grains and protein sources, and pigs are adaptable to various climates, as seen by the numerous breeds present throughout the world. According to the USDA, in 2021, there were over 752 million pigs worldwide, an increase from the previous year. China is home to the most pigs, producing more than half of the global pig population, followed by Europe and the United States. Other major pork-producing countries include Brazil, Canada, Mexico, the Philippines, South Korea, Japan, and Hong Kong.

Pork consumption is high in North America, Europe, and developing Asian regions such as Japan and China. According to the USDA, pork and poultry are the most commonly consumed meats worldwide. Factors driving changes in the industry include economic efficiency and competition from alternative protein sources. The trend is for fewer producers to be responsible for larger numbers of pigs and for more concentration within the swine industry.

In terms of consumption, Asia is the leading market for pork, with over half of the world’s production consumed there. South Korea, Taiwan, and Japan are mature markets for pork consumption, while Vietnam and the Philippines are emerging markets. Pork has been consumed in the East Asian region for centuries and is the most preferred meat due to its taste and fat content.

Japan, mainland China, Mexico, Italy, and South Korea are the top five pork import markets. During 2022, Asian countries imported the highest value of pork globally. Europe is also a major pork importer. Some imports were bought by customers in Latin America (excluding Mexico but including the Caribbean), Oceania (led by Australia and New Zealand), and Africa.